Commenter Philosopher has been talking a lot about the autism-schizophrenia continuum so I wanted to talk a bit about the basis for this theory and some of the challenges.

The notion that autism and schizophrenia are opposite extremes of the same continuum was perhaps first proposed  by Bernard Crespi, an evolutionary biologist at Simon Fraser University in Vancouver, Canada, and Christopher Badcock, an Emeritus Reader in Sociology at the University of London.  They proposed that just as autism is thought to be an extreme male brain, schizophrenia is an extreme female brain.  The idea is that human neurology forms a bell curve, where normal (neuro-typical people) are in the middle and autistics and schizophrenics are at the extremes.

The role of race

Then in 2014 and 2015, Pumpkin Person argued that the autism schizophrenia continuum was part of Rushton’s r-K evolutionary continuum, where r populations are those that evolved high reproduction rates, low survival rates, and K populations evolved low reproduction rates and high survival rates.  This seemed to explain why schizophrenia was high in blacks and high in the lower social classes, while autism was higher in the upper classes, and perhaps in East Asians.  The notion that blacks are more likely to be schizophrenic may seem incompatible with the idea that schizophrenia is an extreme female brain, since blacks are arguably the most masculine race with perhaps the highest testosterone levels, however physical and temperamental masculinity should not be confused with cognitive masculinity (Steve Sailer made a similar point).

r and K seems to correspond with the stereotypical idea of “coolness” vs “nerdiness” with blacks stereotyped by the U.S. media as the cool race, and East Asians stereotyped as the nerdy race, and whites being the perfect balance between both extremes.

But it’s too simplistic to say that autism is just extreme nerdiness.  For one thing, nerds tend to have high IQs and successful lives (i.e. Bill Gates, Mark Zuckerberg) so if autism were merely extreme nerdiness, you’d expect autistics to have even higher IQs and even more successful lives.  Instead, autistics are often mentally retarded and require lifelong supervision.

Yet we know autism is related to nerdiness because nerds (i.e. people in STEM fields) are more likely to have autistic relatives, though this could partly be because they have children late, thus increasing the mutation load, and not entirely because STEM genes are intrinsically autistic.

However my tentative hypothesis is that as humans migrated out of the tropics and into the colder climates of Northern Europe and especially Northeast Asia, they not only needed higher global IQ, but a different cognitive profile.  While Theory of Mind IQ was crucial in the tropics to gain status and attract mates, in the freezing ice age, women didn’t have the luxury of choosing the guy who most charmed them.  They had to go with the best survivor, so men with primarily technological smarts won out over men with mostly social smarts.

Further, the ice age selected for obsessive focus (an autistic personality) because you had to be in love with only one woman to raise a stable family, and you had to focus on building shelter and clothing before it got too cold. 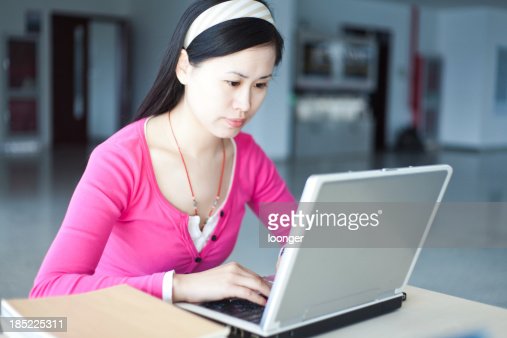 A Northeast Asian focusing on what matters & not getting distracted

By contrast in the tropics, social IQ was more important that technological IQ, because almost all modern humans have enough to technical savvy to survive in warm climates, but only those with the Theory of Mind to manipulate women and undermine their male competitors could reproduce prolifically.  And with so many women to reproduce with, the guy who obsessively focused on just one, lost out genetically to the guy who got distracted by every pretty young thing that walked by (a schizophrenic personality).

tropical peoples love to have fun

Shifting to a two-dimensional spectrum

But while autism and schizophrenia are opposites in where they fall in the male > female, K > r, nerdiness > coolness, ice people > tropical people, continuum, it’s an over-simplification to say they are opposites completely.

On the contrary, schizophrenia and autism are both pathological, both found in many of the same families, and both partly caused by some of the same genetic variants.  So instead of just thinking about a single spectrum, I’ve argued that we need to think in two dimensions, and realize that while autistics and schizophrenia are at opposite extremes on one axis, they are at the same extreme on another.

The dimension on which the two conditions share the same extreme is executive function, a vaguely defined part of intelligence described by Wikipedia as “a set of cognitive processes – including attentional control, inhibitory control, working memory, and cognitive flexibility, as well as reasoning, problem solving, and planning – that are necessary for the cognitive control of behavior: selecting and successfully monitoring behaviors that facilitate the attainment of chosen goals.[1][2][3] ”

Although executive functioning is underrepresented on most IQ tests, it is crucial to how I love to define intelligence: The mental ability to adapt: to take whatever situation you’re in and turn it around to your advantage.

I think combining the executive function spectrum with the nerdiness spectrum better explains autism and schizophrenia than a one dimensional spectrum could. Below is a first draft of the two-dimensional model

322 thoughts on “The autism-schizophrenia continuum”