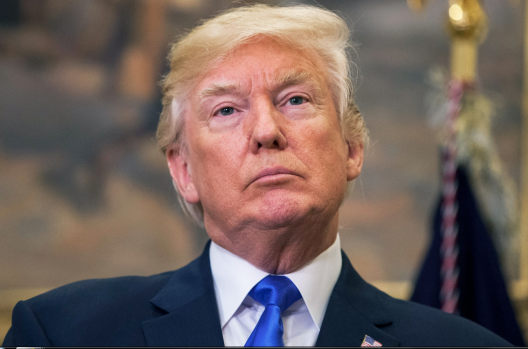 According to a New York Times article published at the end of 2017,  during a June meeting over the amount of visas given to certain countries, an angry Trump claimed that 15,000 Haitians who had recently entered the U.S. “all have AIDS” and that the 40,000 Nigerian visitors would never “go back to their huts” in Africa.

The White House strongly denied that Trump used the words “AIDS” and “huts”.

However just this week The Times reported:

President Trump on Thursday balked at an immigration deal that would include protections for people from Haiti and some nations in Africa, demanding to know at a White House meeting why he should accept immigrants from “shithole countries” rather than from places like Norway, according to people with direct knowledge of the conversation…When Mr. Trump heard that Haitians were among those who would benefit from the proposed deal, he asked whether they could be left out of the plan, asking, “Why do we want people from Haiti here?”

Shithole-gate has been condemned Worldwide, though Lion of the Blogosphere defended Trump’s alleged view of Haiti.

One reason Tump’s alleged comments were so disturbing was not just the racism, but the utter vulgarity.  Last year I scolded an underling for merely saying he had a “shitty” day, because that word, and all the imagery it evokes, is so crude and disgusting that I just can’t take it.  The other word I most hate is “asshole”, and for the leader of the World to combine the two most vulgar words in the English language into one (“shithole”), words that literally describe such a disgusting brown substance, and use it to describe folks from brownish black countries was like a punch to the gut to all peoples of colour.

Trump is either a fool or it’s worth it to him to spend this much of his own, and America’s, political capital to make the West white again.  At the very least he’s smart enough to know what so many liberal don’t: That by constantly baiting the left into calling him racist, the word loses all its power and whites will just get sick of all the “whining” from minorities.  They would be would be wise to not fall into his trap.

On the other hand, this comment threatens to destroy the dignity and prestige of the American presidency, so of course the Left can exploit this to show Trump’s “incompetence”.

Lion of the Blogosphere writes:

Trump is not smart enough for this to be part of a 4D chess-master strategy so “conscious” is also the wrong word, he’s just talking like the construction workers he hung out with in the 1950s or early 1960s when he went to work with his father, because that’s who he is.But the point here is that the Overton window is being moved. Trump is the greatest president of my lifetime despite being a Mr. Magoo who can’t manage the White House.

People have some psychological need to think it’s one extreme or another.  I don’t think he needs to be a super genius  to know what he’s doing here, just an IQ of at least 120 combined with a good understanding of the white working class.  “Racists” probably average IQs 10 points below the white mean, so a “racist” president probably has an IQ around 10 points below the president mean of 130.  IQ 120 also seems consistent with Trump’s publicly observed cognitive performance.