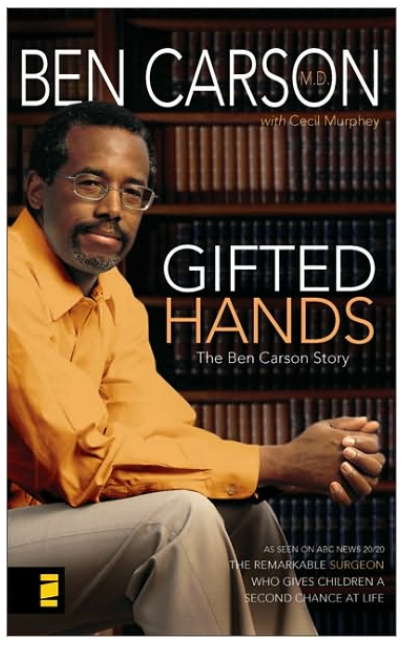 About one year ago, I estimated Dr. Ben Carson’s IQ.  The estimate was controversial because I began by calculating that the best neurosurgeon in America would have an absolutely breathtaking IQ of 148 (white norms), but since Carson was black, I deducted 15 points, and because he was a Republican, I deducted another seven points, bringing him down to 126, which is still smarter than 96% of America, but nowhere near the towering 148 his fans would have preferred.

Carson fans were understandably upset that he was being penalized for his race and politics, when his actual accomplishments alone indicated IQ 148, but I was merely trying to be statistically realistic.  For whatever reason, IQs of 148+ are rare among conservatives (not to be confused with the alt-right) and incredibly rare among black Americans, and since these two groups seldom overlap, anyone unlikely enough to fall in both had virtually no chance of being 148+, no matter how spectacular his accomplishments.

Now what’s fascinating is that at the time I estimated Carson’s IQ, I had no idea his SAT scores (a proxy for IQ) were on all the public record.  This was only recently brought to my attention by black national merit finalist Gondwana Man.

According to Carson’s autobiography Gifted Hands, he scored in the low ninetieth percentile on the SAT. This combined with his other accomplishments caused most of the top colleges in the country to contact him with offers and inducements.

About 85% of Americans in Carson’s cohort graduated high school, and only about 32% of those grads took the SAT, which means only about 27% of American 17-year-olds in Carson’s day took the SAT, but it’s thought that virtually 100% of those who would score high on the SAT took it, and whatever shortfall there would have been would have been roughly balanced by bright foreign students.

The smartest out of HALF A MILLION students

Although some people might not consider an IQ equivalent of 128 to be all that great,  Carson’s SAT score was reportedly the highest in the Detroit public school district in 20 years.

How impressive is it to have the highest SAT score in the Detroit public school system in 20 years?

About half a million kids entered Kindergarten in the Detroit Board of Education (see table 1 of the book The Rise and Fall of an Urban School System: Detroit, 1907-81) from 1936 to 1956, and generally only the brightest of these made it all the way to high school graduation and of those who would graduate, only the brightest of those likely wrote the SAT from 1948 to 1968.  Assuming roughly 100% of the top talent in the Detroit public schools actually wrote the SAT, Carson was the best out of 500,000, suggesting his 128 IQ was an astonishing 4.6 standard deviations above the mean of Detroit public school kids.  Assuming the standard deviation of Detroit public school kids is about 15, this suggests their average IQ (as measured by scholastic tests) was about 60.

How could the average IQ have been that low?

On a scale where White Americans average IQ 100, Black Americans have long averaged about IQ 85, but scholar Arthur Jensen found that in the worst school districts they averaged only 70 by the teenaged years.  Then when you factor in that on scholastic type tests, in those days blacks scored about 8 points lower than on formal IQ tests which are more culture fair, the black kids in Detroit should have been averaging about 60.  In Carson’s day the Detroit school system was roughly 55% black but the remaining 45% of non-blacks probably didn’t score much better, since these were the whites too disadvantaged to partake in the massive white flight out of Detroit in the 1960s.

What does an urban U.S. school with an average IQ of 60 look like?  It may have looked like this:

Although today blacks score as well on scholastic type tests as they do on official IQ tests, in the 1970s, and almost certainly earlier, they scored about 9 points lower on scholastic tests as mentioned above, presumably because such tests assume academic knowledge that blacks were deprived of in those days.

Thus, since Carson’s took the SAT in 1968 and was raised in a black home, his 128 IQ should be boosted to IQ 137 to adjust for the deflated scores scholastic tests used to give black kids.  One could even argue that Carson deserves an extra adjustment because even the less biased official IQ tests may have been biased against blacks who attended the worst school districts.

What makes Carson’s IQ even more impressive is that Carson is famous for being a World-class brain surgeon, and yet he obtained his IQ on the SAT, a test that doesn’t even measure visual-motor intelligence.  This demonstrates the valdity of g (general intelligence): the fact that all cognitive abilities are positively correlated because they all load on g, so g loaded tests can predict intelligent behavior even in domains superficially quite different from the content of the test.

It’s also worth noting that as a teenager, Carson also obtained the highest score in his city on the ROTC exam.