The World’s 72 best looking women as voted on by the internet at worldsmostbeautifuls.com: 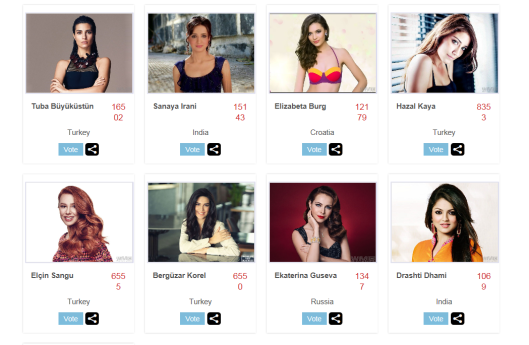 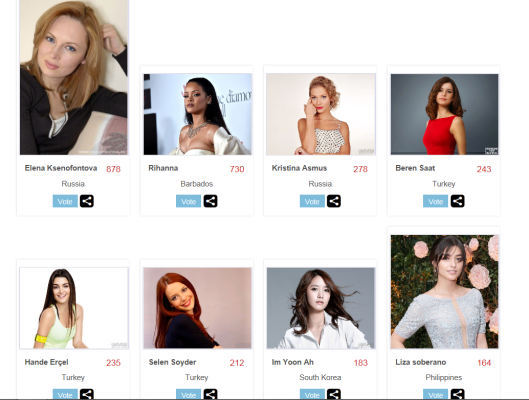 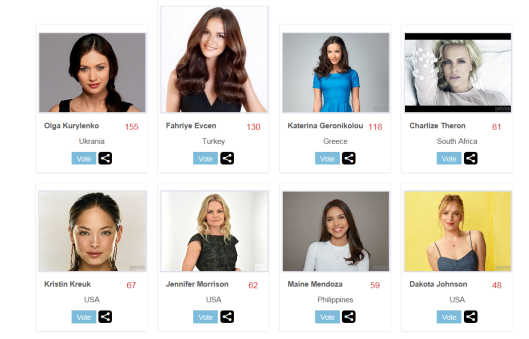 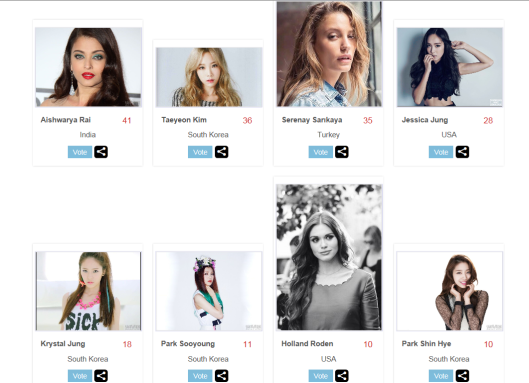 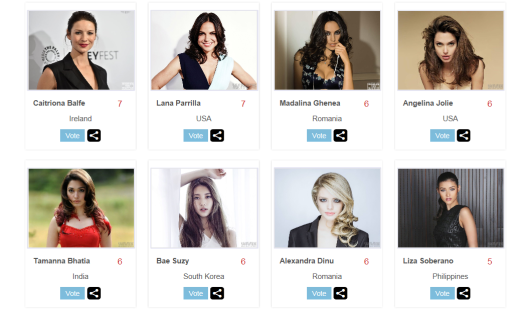 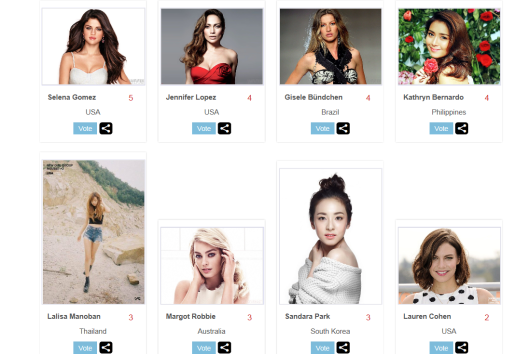 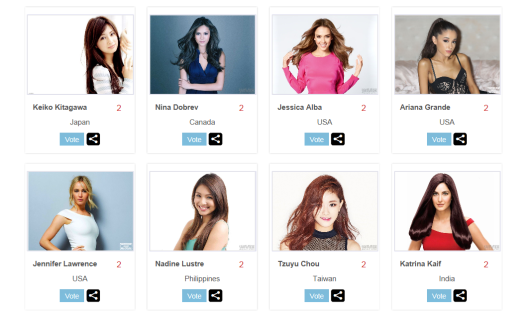 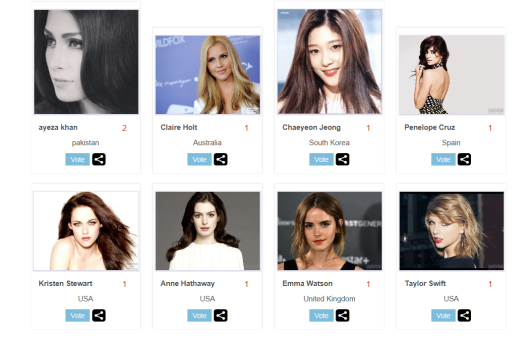 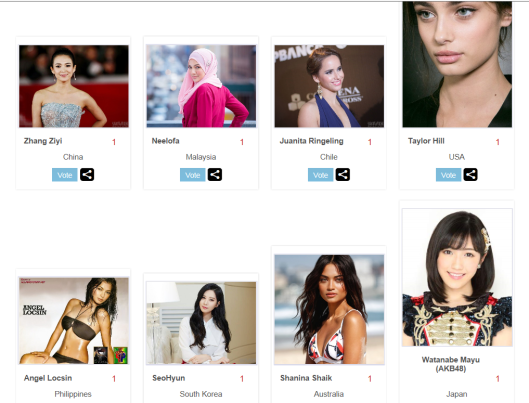 The World’s 72 best looking men as voted on by the internet: 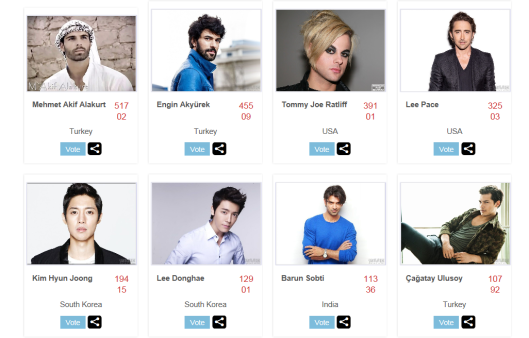 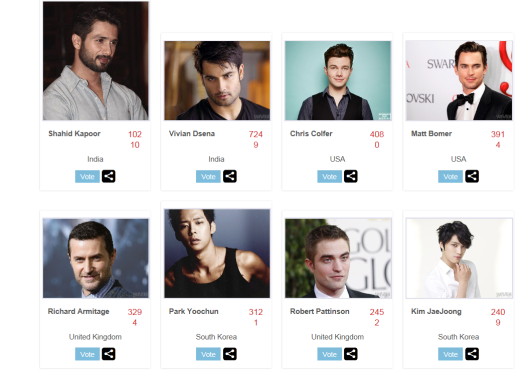 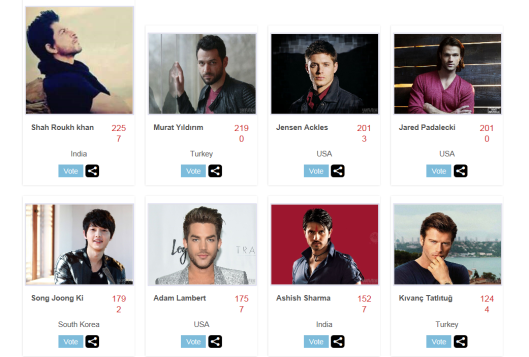 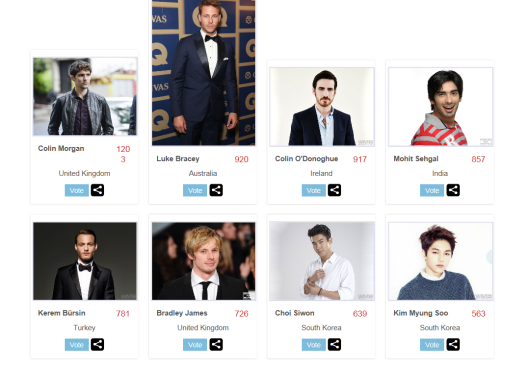 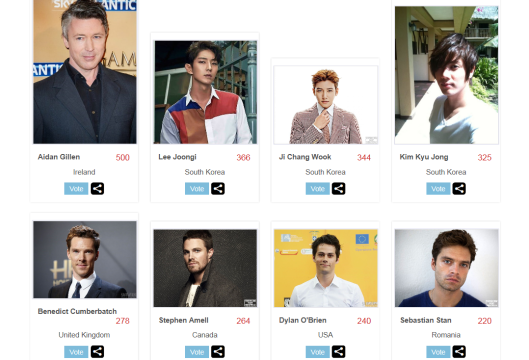 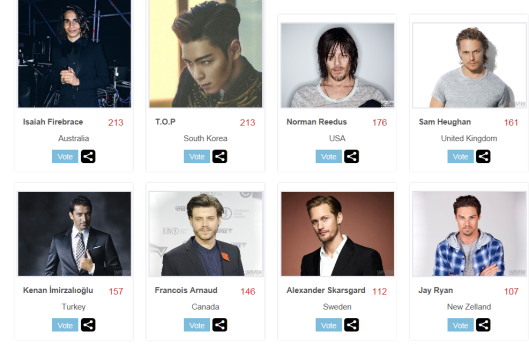 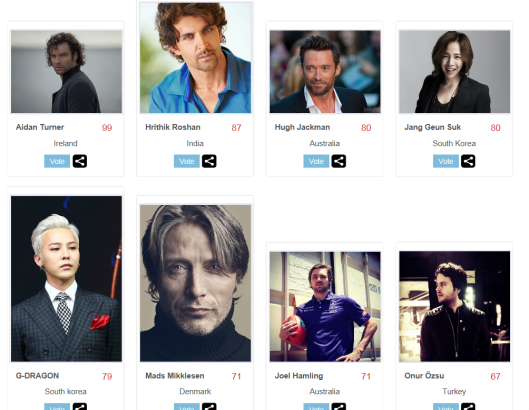 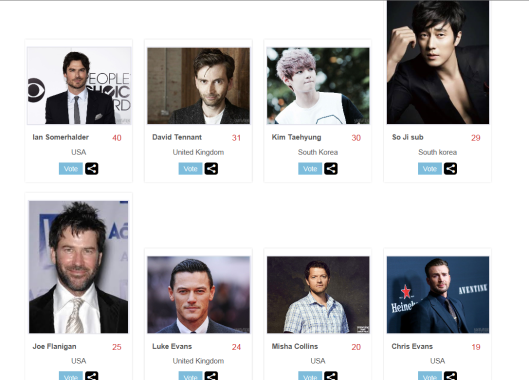 According to the not very accurate pie chart below, whites are only 16% of all humans, and yet they are 46% of the most beautiful women and 50% of the most attractive men. From here we can assign white women a beauty score of 288, meaning they produce 288% as many gorgeous people as expected for their population size, while white men have a beauty score of 313. 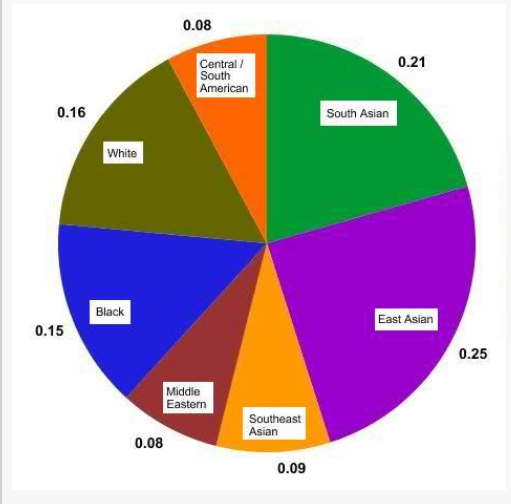 Below are rough beauty scores for all race and gender groups:

130 thoughts on “The World’s most beautiful people”