Here’s some data from the WAIS-IV IQ tests about U.S. ethnic differences in IQ 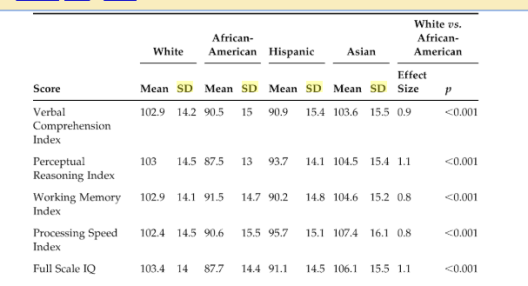 And contrary to the stereotype that whites are the most cognitively variable ethnic group, their full-scale IQs in this data-set actually show the smallest standard deviation of any U.S. ethnic group, though this could be be because Asian Americans are not a single race.

18 thoughts on “Ethnic differences in IQ”