I couldn’t sleep so I listened to a great lecture on youtube by British historian Ian Morris.  He wrote a book a called Why the West Rules–For Now which sounds really good, even though, like Jared Diamond, he explains World history from a non-HBD perspective.  But I think it’s good for HBDers to learn about non-HBD theories because HBD has anomalies that can only be resolved from more holistic views.

Example:  HBDers argue whites, especially Nordics, are smarter than dark Caucasoids, but how then can we explain the fact that civilization started in the Middle East, not Europe?

Well, Morris argues that geography explains everything, but the meaning of geography is constantly changing, so at the dawn of civilization, the Middle East was in one of the “lucky latitudes”.  Morris writes:

Humans may all be much the same, wherever we find them, but the places we find them in are not all the same. Geography is unfair. Human societies have all followed the same sequences of cultural development, but geography has dictated that they have not done so at the same speed. … If we look back nearly 12,000 years to the end of the last spasm of the Ice Age, what we see is that climate, topography, and ecology conspired in these Lucky Latitudes between China and the Mediterranean (and a similar band stretching from Peru to Mexico in the New World) to allow the evolution of unusually large numbers of plants and animals that could be domesticated, vastly increasing humans’ food supply. Because people (wherever we find them) are all much the same, it was in these Lucky Latitudes that humans first domesticated plants and animals. Fuelled by these resources, it was also in the Lucky Latitudes that people went on over the next 10,000 years to create the world’s first cities, states and empires. People in Australia, Siberia, and sub-Saharan Africa stuck with hunting and gathering not because they were lazier, stupider, or better attuned to nature than people in the Lucky Latitudes. Geography had simply endowed their homelands with fewer resources, and domestication therefore took longer. (p. 35)

The Lucky Latitude hypothesis was criticized by historian Michael Hart who argued that sub-Saharan Africa was actually luckier than Mesoamerica, but I do think the Middle East was lucky in the sense that it’s in the middle of where peoples from different regions could trade.

A second anomaly is the dominance of Whites over the last 500 years or so, even though HBD claims East Asians are smarter.  I’ve argued it’s because East Asians are too evolved for their own good, and such advanced social organization weeds the mentally unstable creative types out of the gene pool because their non-conformity is disruptive.

However Morris gives his geographic explanation.  Admitting that East Asians were the first to have the guns and navigational ability to conquer any country on Earth, it seemed unimaginable that whites could ever catch up technologically.  But Morris argues that the East Asian technologies worked to White advantage, because Whites were geographically much better equipped to exploit them, given their ocean proximity to the Americas.

So what started out as Europe’s geographic disadvantage (being isolated from the terrestrial trade routes that the Middle East enjoyed), suddenly became a geographic advantage, thanks to Chinese sea navigation technology.   The Atlantic ocean went from being a barrier to a trade superhighway, allowing whites to sell goods to Africa and buy slaves, sell slaves to the Americas, and buy more goods to take back to Europe and sell to Africa, and this feedback loop continued for centuries, creating what he calls the first true market economies. 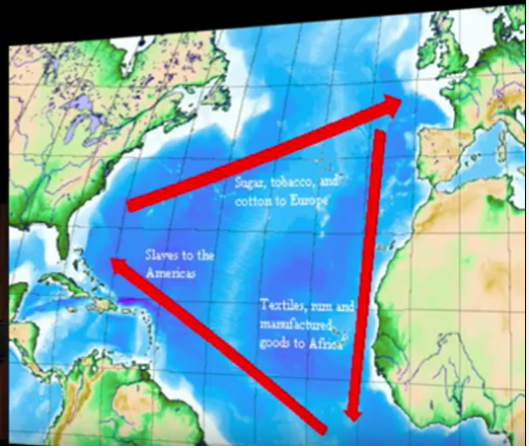 If Morris is right, no wonder libertarians worship markets, given all they have done for the West.

The need to navigate faster, led to modern science and calculus and Western domination for centuries, Morris claims.

Morris ends the lecture much like J.P. Rushton ended his infamous AAAS lecture back in 1989: By making two important predictions about the course of World history.  1) Like Rushton he predicts East Asians will once again rule the World,  but unlike Rushton he gives (somewhat facetiously) a specific year: 2103.  And 2), he shockingly predicts there will be over FOUR TIMES as much progress in just the next 100 years as has occurred from the ice age until now.  Sounds like a future that would exceed our wildest sci-fi fantasies.

What a great time to be born!

You can watch the full lecture below, or if you don’t have time, the last 20 minutes is the most relevant part:

154 thoughts on “Why the West Rules–For Now”