I don’t know enough about him to give a truly educated guess, but he strikes me as a huge bullshiter.

Nonetheless I don’t think he’s lying about having a 140 IQ.

Hosting a talk show looks easy but it’s actually one of the most cognitively demanding jobs out there, given its competitive, verbal and improvisational nature.

The self-proclaimed SAT scores (a proxy for IQ) of several talk show hosts have been reported:

Howard Stern stated on his show that he scored less than a 1000 in the early 70s, equating to an IQ of 117 (116 white norms).  Based on the fact that height, income, and Jewish ancestry are all positively correlated with IQ, I suspect the SAT underestimated his ability.

Megyn Kelly told Stern she scored in the 85th percentile.  This would normally equate to an IQ of 115, but since only an elite third of teens took the SAT, it’s more like 125 (123 white norms)

So on a scale where all white Americans have a mean IQ of 100 with a standard deviation (SD) of 15, people who reach the most elite levels of broadcast media average IQ 127 and an SD of 14: An IQ distribution even more impressive than the Ivy League’s!

This may sound like a contradiction since Ivy League students average much higher SAT scores than talk shows hosts, but because the former are selected by SATs, they regress precipitously to the mean when given a random cognitive test.

Roughly one in six successful talk show hosts should have IQs of 140+ so Jones’s claim is not outlandish.  Given that he attended a community college, I doubt his SAT scores equated to an IQ of 140 but it’s plausible he scored that high on an official IQ test, given that the typical high school when Jones was growing up had at least one student with scores that high in their file.  Scores much above 140 almost never appear in school files because they’re rare and because many tests don’t measure much beyond the top 0.5%.

Corroborating Jones’s 140 IQ claim is his apparently impressive and rapid recall, as displayed on the Joe Rogan show:

Also note how much tighter the headphones fit on Jones’s cranium compared to Rogan and his sidekick, suggesting a large cranial capacity. 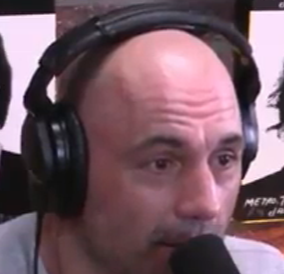 In addition Jones claims he can speed read and disbelieved in Santa at only age 2.5, and while this is hard to believe, he can at least bullshit his way through a math discussion.

Of course many people think Jones is a wacko, especially after he suggested that the Sandy Hook Elementary School shooting was hoax, causing the grieving parents of the dead kids to demand his recent interview with Megyn Kelly never air, but Jones may have outsmarted the IQ 123 Kelly by anticipating a hit piece and secretly taping it to prevent selective editing.

Many people don’t understand how an IQ 140 could possibly believe some of the incredible conspiracy theories Jones pushes (i.e. the government raising human-pig hybrids), but talk show hosts often feign beliefs that broaden their audience.

Intelligence is just the mind’s problem solving computer and is only as good as the problems it’s used to solve.  Jones may use his IQ to validate what he already believes instead of seeking the truth.

Jones may also have borderline schizophrenia.  I have long argued that since schizophrenia is arguably in many ways the opposite of autism (social blindness), those with mild schizo traits are especially good at attracting a cult following, which explains the psychotic beliefs of the World’s great religions.