Can’t believe it’s March already.  That’s so depressing, the winter’s just flying by.  But at least this weekend is FREEZING cold so I can enjoy my signature hot chocolate, but unfortunately I can’t find any good horror movies or dark dramas to watch.

So much in the news.  Trump claiming Obama wired wiretapped him.  I don’t buy it.  I think Trump just made the whole thing up or it’s some right-wing Alex Jones type conspiracy theory.  Even though I don’t think Trump’s especially bright, based on the simplicity and repetitiveness of his vocab and sentences and the smallness of his head, he has brilliant reptilian instincts when it comes to ethnic genetic interests.  He knows tens of millions of working class whites look at Obama as some foreign dark skinned Muslim boogey man, and so he can make up anything he wants about him and the masses will rally around Trump.

Meanwhile Queen Oprah (the woman who elected Obama) has been rocking the media with her chic dark rimmed glasses and 40 lb weight loss, and Weight Watchers stock is on fire. 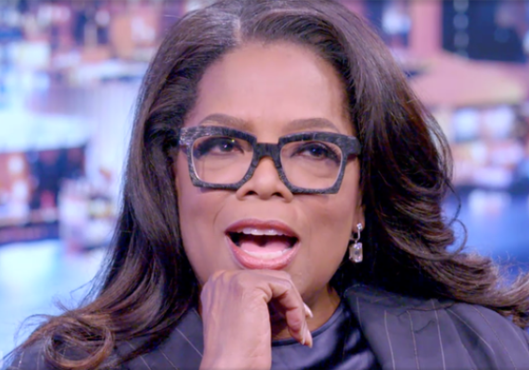 So many Wallstreet geniuses lost their shirts betting against the most influential woman on the planet and North America’s FIRST and ONLY multibillionaire black.    The conventional wisdom was that the company was going nowhere, but I could picture Oprah just marching into the Weight Watchers board room with her super-human energy, charisma, stratospheric cranium and likely 140 IQ and ordering all those Ivy League MBAs to start making her some money or their out on their ass.

Oprah was recently interviewed  by David Rubenstein who apparently has a talk show now (everyone wants to be the next Oprah, even people who are already billionaires) and he asked her if she would ever consider running for President.  Her reply:

I never considered the question even a possibility, I though, ‘Oh gee, I don’t have the experience, I don’t know enough.’ But now I’m thinking, ‘Oh. Oh.’

The studio audience went wild.  It was amazing how prepared Oprah seemed in this interview. It seemed like everything he asked, she had thought of a hundred times and the wise rhetoric just poured out of her like rain.

Even though it was obvious Oprah was joking, the sheer power of her words is such that the possibility of her running for president made non-stop headlines around the World for 24 hours straight until her best friend of 40 years,  Gayle King Bumpus stepped in to pour rain on the parade, saying Oprah will NEVER run for resident, NEV-AH, and Gayle said she’d bet her own children on that fact. 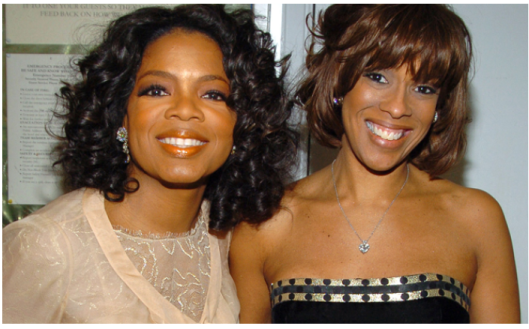 I agree with Gayle.  People run for President because they want the kind of status and adulation that Oprah already has.  But after years of recovering from the horror of childhood sexual abuse, Oprah has achieved an incredible happiness and inner peace.  Why would she want to go into the dirty game of politics when she can relax on her $100 million Santa Barbara estate overlooking the Ocean and the mountains and read a good novel while sitting under one of the thousands of trees in her yard?