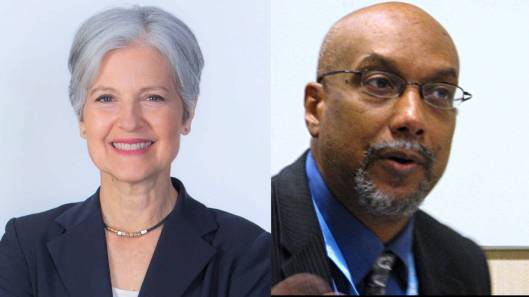 Pumpkin Person is officially endorsing Green Party candidate Jill Stein for President of the United States.  Just watched this brilliant and moral woman and her fabulous VP pick Ajamu Baraka on CNN, and wow, what a breath of fresh air they were.

With a few exceptions, there’s been a complete media blackout of this woman preventing her to rise in the polls, which is why it’s so important for bloggers to endorse her.  I watch cable news all the time, and tonight was the first time I’d ever even seen her.

What a shame it will be if Americans are denied an opportunity to see this excellent candidate debate Trump and Hillary because she doesn’t get the requisite 15% support needed to be in the debates.

But what few media appearances she’s been allowed to make have gained rave reviews.

And here’s Jill and Ajamu thanking us for watching their CNN town hall meeting: