With Halloween only weeks away, it’s time to start writing scarier articles, though every article is scary when you read some of the folks that populate my comment section 🙂

Speaking of psychos, as a kid not much scared me more than the Psycho movies.  I didn’t even know what they were about but seeing the images in the video stores was enough to keep me up at night.  Not the original Psycho, but the sequels, because after 22 years in the mental hospital, an older, greyer Norman Bates was creepier than ever. 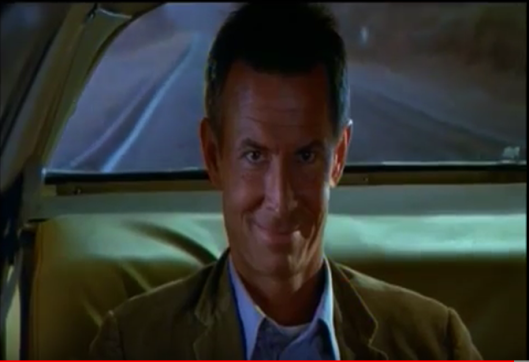 I think my favorite is Psycho III, where some reporter is snooping through Norman’s house, and out of the darkness comes Norman, but dressed up like his mother, saying:  “why don’t you leave my poor son Norman alone?”

What made this scene so powerful is that even though he was dressed and speaking like a little old lady, he had the height and body build of a full-grown man, and that juxtaposition was true horror.  Watch the full scene here:

It’s not a coincidence that a psychotic like Norman Bates chose to dress up like a woman.  Just as Hans Asperger argued that Asperger’s syndrome was an extreme form of the male brain, scientists Crespi and Badcock argue that psychosis is extreme female brain, and one piece of evidence they use is that the psychotic population includes a lot of men who transition into women, while the autistic population includes a lot of women who transition into men.

So if autistic women want to be men, what do autistic men want to be?  Macho men?  Someone should do a study to see if autism is more common among extreme body builders.  Of course that doesn’t fit well with the theory that autism is an extreme form of nerdiness, but perhaps that theory is wrong.

Crespi and Badcock argue that on many different variables, psychotics and autistics are at opposite extremes, with neurotypicals in the middle.  Because this reminded me of J.P. Rushton’s controversial theory that on many different traits, Negroids and Mongoloids are at opposite extremes with Caucasoids in the middle,  I suggested back in 2014 that perhaps Negroids might be more at risk for psychosis and Mongoloids might be more at risk for autism, however Rushton claimed Blacks have the most testosterone and East Asians have the least, which should predict Blacks would be the most autistic,  according to the extreme male brain theory.

70 thoughts on “Norman Bates and the extreme female brain”