We often hear how prehistoric man was so robust and muscular, yet their estimated weights are surprisingly modest (see John Hawks).  Indeed they weigh less than most Americans, though their fat-free body size was probably greater (and that’s what counts when it comes to predicting brain size).

The chart shows brain size increasing from the Early Pleistocene (890 g) to the Early Upper Paleolithic (1460 g) and then decreasing all the way down to 1302 g in so-called “living people”.

The problem is the sample for  “living” people does not have a date and my guess is these “living” people have been dead for over 80 years, since their brain weights were estimated from cranial capacity and the “living” skulls are likely from museums.  The authors probably just assumed they were recent enough to approximate living people, but given Richard Lynn’s claim that 20th century nutrition & disease reduction has boosted brain size, we need especially recent data.

How would truly living people, especially living young people in the First World compare with the numbers on this chart?  More recent data comes from Ho et al (1980).

In other words, people with ancestry from the similar regions of the world as most ancient skulls, seem to have an average brain weight of 1425 g when reared in the First World.  Not far from the peak brain weight of 1460 g in the upper paleolithic. Add to that the fact that people in autopsy studies likely have smaller brains and the likely brain growth that’s occurred since the 1980s, and it seems our brains have arguably made a full recovery, as we’ve finally achieved the great nutrition standards humans enjoyed in the early upper paleolithic!

Indeed nutrition was so good in the Upper Paleolithic, that the elite were morbidly obese, reminding us that wealth inequality has always been with us. 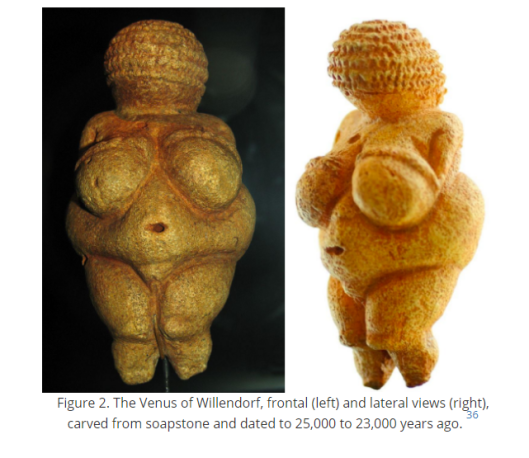