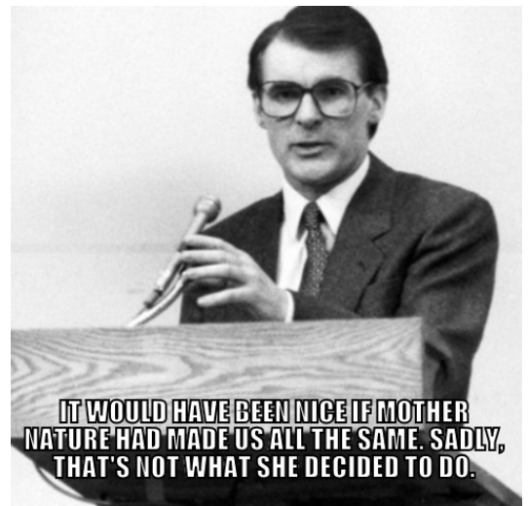 According to science writer Peter Knudtson, on January 19, 1989, scholar J.P. Rushton stood in the Sausalito Room of the San Francisco Hilton hotel and unleashed his controversial evolutionary hierarchy of the three main races.

Knudtson writes, on page 163 of A Mirror to Nature:

In Rushton’s mind his hypothesis had global implications.  If his evolutionary-model-for racial-differences hierarchy turned out to be scientifically correct, he said, “then two important predictions can be made about the course of world history.”  First, so-called evolutionarily favoured Oriental populations–the top ranked race in Rushton’s neat hierarchy–could be expected to outdistance the predominantly Caucasian populations of North America and Western Europe.

Almost exactly 29 years later, Rushton’s prediction has come true this week as the Chinese have cloned primates; the biggest leap forward since man landed on the moon, perhaps a lot bigger.

Of course, other animals had been cloned in the past, but primates proved especially difficult because of epigenetics.  The Chinese have now solved the problem of primate cloning, and by extension, human cloning.  They have literally figured out how to bring people back to life after they die, or at least their genomes.

As the saying goes “one small step for man, one giant leap for mankind.”