Commenter JS was interested in how Canadian provinces ranked by IQ so I decided to look into this.  In 2013, the Pan-Canadian Assessment Program (PCAP) test was administered to a sample of more than 32,000 Grade 8 students from across the country.  Scores were given in reading, math, and science, but I decided to focus only on reading and math, since those are the basics, and resemble the familiar U.S. SAT scores so often used as proxies for IQ.

In researching the PCAP, I learned that each subscale was normed so that the distribution for all Canadians has a mean of 500 and a standard deviation of 100.  However by 2013, the mean Canadian reading score had drifted up to 508 and the mean math score had drifted up to 507 (I assume the SDs had remained at 100).  Assuming the correlation between reading and math scores is 0.67 (as it is for the SAT), I calculated that the composite score (reading + math) would have a mean of 1015 and a standard deviation of 182.76.  For each province, I converted the reading, math, and composite score into a Z score relative to the distribution of all Canadians.  These Z scores were then converted to IQs by multiplying by the IQ SD of Candians, and adding it to the mean Canadian IQ.

Toronto: One of the most vibrant cities in the World

With a mean IQ of 103 (U.S. white norms) it comes as no surprise that Canada’s smartest province is Ontario, since this province is home to both the nation’s capital (Ottawa) and its most populous city (Toronto).

While Canadians like to think of ourselves (correctly in my opinion) as a much less socially stratified country than the United States, there remains a shocking 8 point IQ gap between the mean IQ of Ontario (103, U.S. white norms) and Manitoba (95, U.S. white norms).  It’s unclear if this gap is cultural or biological.  The  most obvious explanation is economic selection.  The brightest folks migrate to the richest and most powerful province (Ontario), leaving the less intelligent behind in Manitoba.

Unlike the skyscrapers and busy streets that adorn Ontario, Manitoba is full of dreary run down shacks cursed by terrifying Northern lights.

One can drive for hours in Manitoba and not see a single person.  Sometimes the only thing scarier than not being able to find human life in Manitoba, is actually finding it: 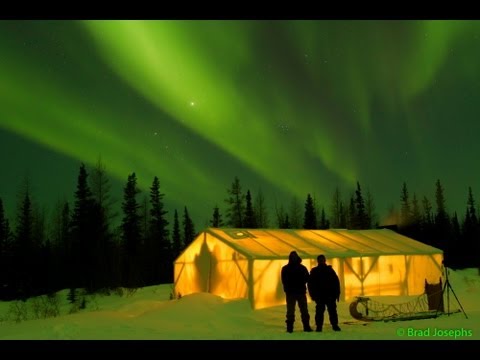 Low IQ Manitobans who can not achieve wealth or status, will get pleasure from the simple things in life, like enjoying the Northern lights, or gazing at the sun rise.

While Manitoba is one of the most beautiful places on Earth, it is also a land of great poverty:

Manitoba is a land of great beauty and serenity.  A place where you can turn off the noise of modernity and get in touch with your sense of awe and wonder.

And while it appears to be the least intelligent province in Canada, the average Manitoban is about as bright as the average American.